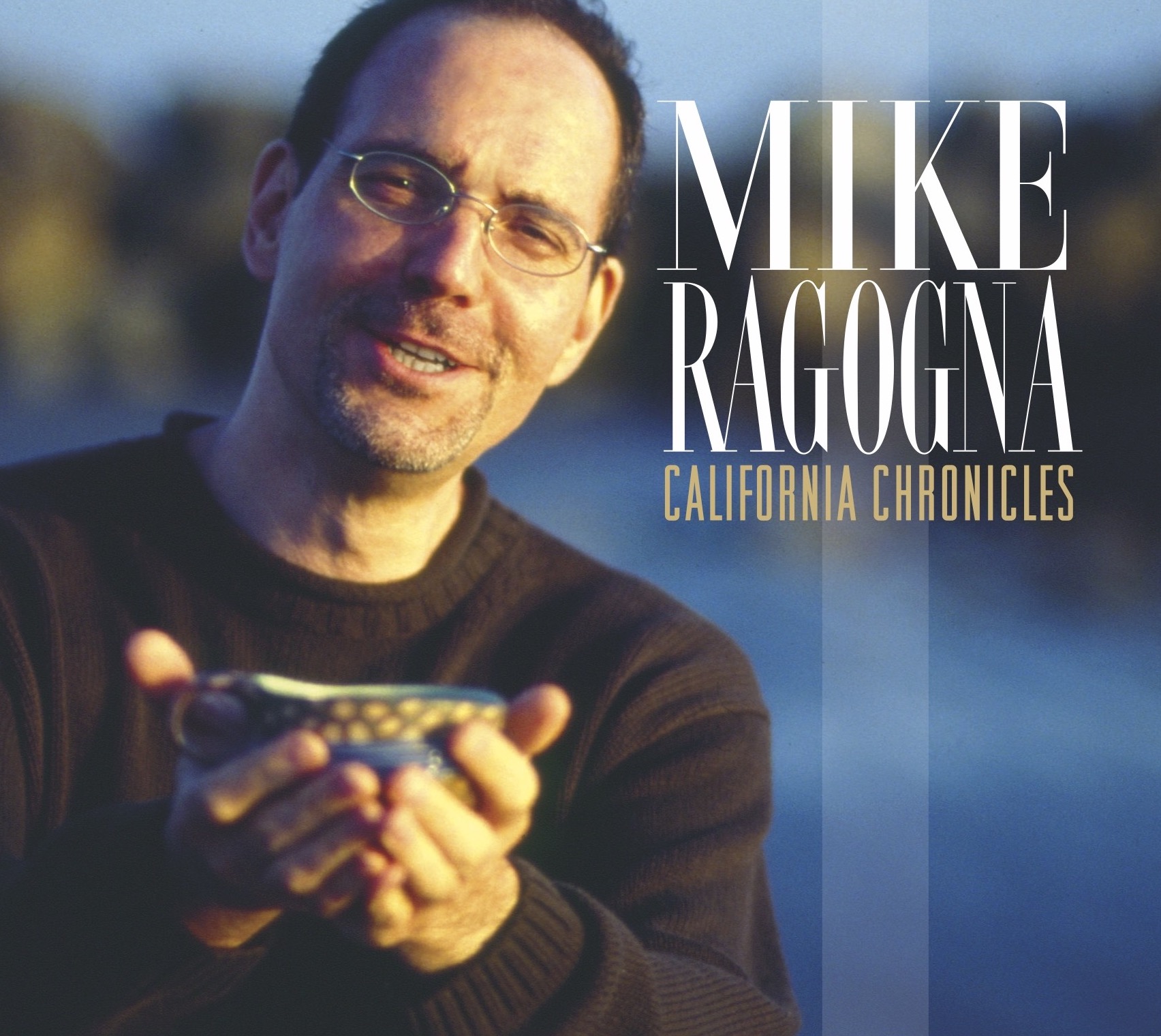 Trafficbeat Entertainment has released a four CD set by Mike Ragogna titled California Chronicles. The project chronologically collects and restores Ragogna’s last four solo albums mainly through remastering by Tim Britton and Mike Milchner, adding related bonus tracks to each disc. Every album was recored in California, as well as all of its bonus track remixes.

One of the highlights of the album collection is its entire first disc, Minefield Diaries 2.0, that is a reworked, further produced version of the original Minefield Diaries that was recorded in the ’90s with John Boegehold engineering. Album topics range from love songs (“Promises,” “Worth Waiting For,” “Will You Be Mine Tonight?”) and breakup songs (“Easter,” “Minefield Diaries”) to youthful adventure (“End of the Line,” “Bright Eyes”) and self-examinations (“Recoverie,” “Talk to Me”).

Completing the Minefield Diaries 2.0 CD are six tracks by Bone People, whose vocalists Steve Mosto and Joanna Mosto Paganotti recorded with Ragogna on previous projects. The group’s “Someone Loves Somebody” and “Talk To Me” were original versions of songs also recorded by Ragogna for his solo albums Writer’s Block and Minefield Diaries respectively. The Bone People recordings were co-written by Ragogna and Mosto, and they are followed by an early, original version of “Hello Elena, Goodbye L.A.” (lead vocal by Mosto), that song re-recorded and updated by its author for his Writer’s Block disc. All Minefield Diaries 2.0 songs (except “Talk to Me” and “’39”) were written by Ragogna.

Mosto also plays keyboards on Minefield Diaries 2.0‘s opening track “Easter,” plus on the tracks “Promises” and “Dinosaur Bones.” SNL engineer and guitarist Devin Emke contributes electric guitar and mandolin to “Dinosaur Bones,” Bone People drummer Christopher Bowman also adds percussion and a trap set to the track, and drummer David Richman (who designed the original Minefield Diaries album cover) rocks “End of the Line,” “Wonderland,” and “Recoverie.” The first CD closes with a chat between Ragogna and his son Brandon Ragogna, embedded within an edited, instrumental track for the incomplete “Short Song For A River” that was left off Minefield Diaries.

Though not a religious song at all, Ragogna utilizes the resurrection aspect of “Easter” and compares it to recovering from a traumatic relationship. He says, “The song was the result of a combination of failed relationships and the need to get over them. Originally, I even applied some of my own psychoanalysis relating it back to my mother who was unhappy much of her life, that story partly told in the song ‘Darkness’ on a later album. But it’s more succinct without a subplot reference, so I feel that the 2.0 version works much better.” Other somewhat autobiographical songs include “Dinosaur Bones” that contrasts the artist’s early twenty-something life with his less responsible teen years growing up on the streets of Manhattan. Its sing-song-y “Julie, Giselle, and Adria” chorus are loving nods to that childhood and simpler relationships. Another bump in the road is the faux-rap dramedy “End of the Line” about traveling home from New York’s Purchase College one winter. “My friend Jan taught me to drive in–as the lyrics say–her daddy’s blue Nova,” says Ragogna. “The romantic elements are about someone else I met who gave me a ride from White Plains to Pottersville, New Jersey. I hate to admit this but I can’t remember her name, though I probably would change it in the song to protect the innocent!”

The album’s other story songs include “Wonderland” that is about a young man’s initial hesitation about having sex with someone he cares for as a friend. “I was a late bloomer sexually, but I think a lot of young guys go through this,” says Ragogna. “On the other hand, ‘Promises’ is about not wanting to live up to unrealistic or imagined expectations in a relationship when everything is running smoothly, is fun, and drama-free.” Another topical song is “Recoverie” (used as a woman’s name) that covers a co-dependent relationship that Ragogna wrote in his car after leaving a small label, A&R gig in the mid-’90s. He wrote it after hearing the Gin Blossoms on the radio while collecting himself in a Tower Records parking lot. “My being a nerdy guy, I was a constant target and had no business being there,” Ragogna explains. “But the owner took a chance on me…before letting me go three times, the last time finally sticking. However, I’m grateful to have worked there, it having kicked-off my career in the reissue wing of the music biz. My next stop was working at Razor & Tie owned by two gents who I’m grateful to have had in my life, Cliff Chenfeld and Craig Balsam.”

The highlighted love song and album closer “Will You Be Mine Tonight?” is a summation after the adventures of Minefield‘s diaries. “It’s basically saying I have no idea what the future’s bringing but I love you so…will you be mine tonight?” Ragogna reveals. “My extremely musically talented pal, actor Bill Mumy, commented how in the original version, I blew it with the chorus by changing up the tag too many times. He was right, so I took his advice and anchored the song with the concept of ‘Will You Be Mine?’ repeating except for once.” As for the remaining songs, Ragogna’s cover of Queen’s “’39” was a nod to his producer Terence P. Minogue who introduced him to the album A Night at the Opera when he was a teen. Coming full circle, it was Minogue who completed the track’s production for its 2.0 upgrade.

“Bright Eyes” was written as a gift to Ragogna’s friend and recurring music partner, Steve Mosto, on the birth of his son Willie, and “Talk to Me” was written with Mosto for his group Bone People, as previously explained. “It was about a mutual friend who I grew up with in New York,” says Ragogna. “He was personally challenged in his childhood and mostly kept his feelings to himself as he always was the life of the party. But I knew better. Anyway, his story ended great, his eventually marrying an amazing woman, and they had three beautiful children together. Sadly, he died of Covid-19 prior to vaccines and effective treatments.” Finally, the title track “Minefield Diaries” misleads the listener into thinking it’s about a third party getting hurt in a failed relationship then flips the concept to reveal it was him all along. “I do the flip thing pretty often,” Ragogna says, “maybe TOO often.”

As for the album, “It seems like the original Minefield Diaries has been a work in progress for over twenty-five years,” says Ragogna. “That album, now completed with the help of Terry, Jimmy, and John, began in the ’90s and was my first step in defining myself as an artist, figuring out how my songwriting applied to that. I think I finally figure that out by my fourth California solo album, Summerland. Traveling across those four albums and their bonus tracks, I hope the listener sees the progression and the effort I made to explore music and land on a project that fulfilled my creative dreams. But it started with Minefield Diaries 2.0, and I realize now that it has more in common with Summerland than I would have expected or predicted.”