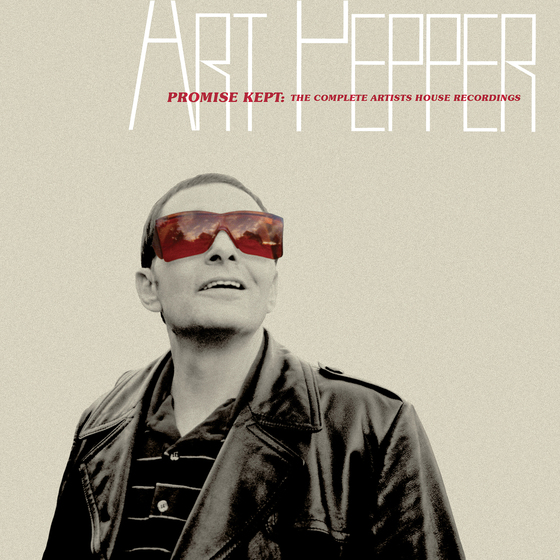 Producer John Snyder was determined to release a live album by jazz saxophonist Art Pepper’s weeklong Village Vanguard gig in New York City on his label Artists House. However, at the time, Pepper was signed to Contemporary Records and its head, Les Koenig, decided to record a project showcasing those performances for his label, scrapping any hopes Artists House had to release such a project. But Pepper promised Snyder that one day, he would record an album for the label.

The “album” became four — So In Love, Artworks, New York Album, and Stardust — all of which Omnivore will be releasing as a five CD box set titled Promise Kept: The Complete Artists House Recordings on September 23. Each remastered album is expanded with bonus tracks, plus there is an additional CD of alternate takes, etc. The set assembles 19 previously unreleased tracks, and includes personal liner notes and rare photos supplied by the late artist’s wife, Laurie Pepper.

“John and Art both kept their promises,” says Ms. Pepper. “John brought Art into the wider world; he put him on the road. Just as he said he would, he brought him to New York and to the Village Vanguard, got his picture in the papers, got him on the radio. From Art, John got his dearest wish. He made these 32 recordings.”

Disc One: So In Love

6. Blues For Blanche (Alternate A)

1. My Friend John (Alternate A)