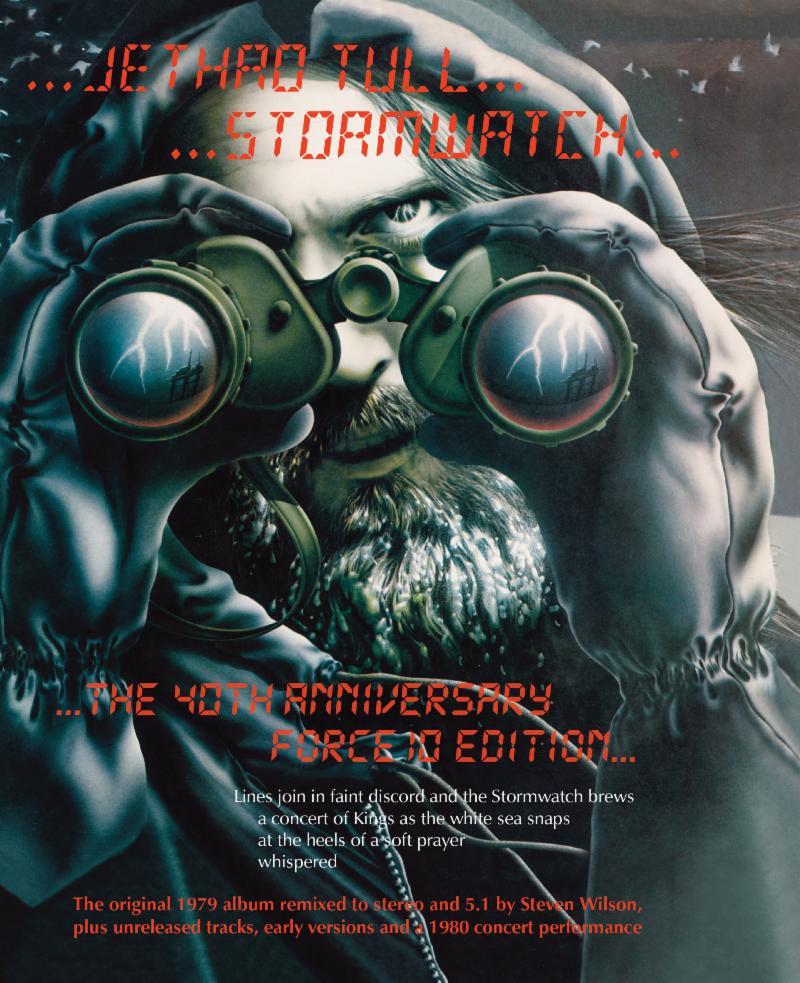 A new 4 CD/2 DVD collection of Jethro Tull’s Stormwatch is coming October 18, Rhino’s latest expanded box set in a series celebrating the group’s albums’ 40th anniversaries. Stormwatch was the third in a series of Tull’s folk-rock releases, following Songs From The Wood and Heavy Horses, the project also the last to feature the band’s late-’70s lineup of Ian Anderson, Martin Barre, John Glascock, John Evan, David Palmer and Barriemore Barlow. Like its predecessors, a disc of Steven Wilson’s remix of the album will be included, as well as a live concert, this one from March 16, 1980, at the Congreßgebouw in the Netherlands.

Recorded between August of 1978 to July of 1979, Stormwatch explored the concept of ecology throughout some of its maritime topics, making the release once again relevant in light of today’s growing climate change concerns. Tracks that didn’t fit thematically, such as “Man Of God,” “Crossword,” “Kelpie,” and “The Lyricon Blues,” appear on the box’s second disc, joining early versions of Stormwatch‘s “Dark Ages” and “Dun Ringill.”

FYI Stormwatch was the last album John Glascock appeared on, his tenure with the group beginning with Too Old To Rock ‘n’ Roll, Too Young To Die. The bassist, also famous for playing with Carmen, Head Machine, and Chicken Shack, died from a complication with a heart valve defect.

14. “Prelude To A Storm” [Previously Unreleased]

2.  Keyboard Duet (Bach’s Prelude in Cm from the “Well-Tempered Clavier 1”)

DVD One: Audio Only