Commentary: Music From Stranger Things 3 On Cassette Might Be On To Something…Maybe 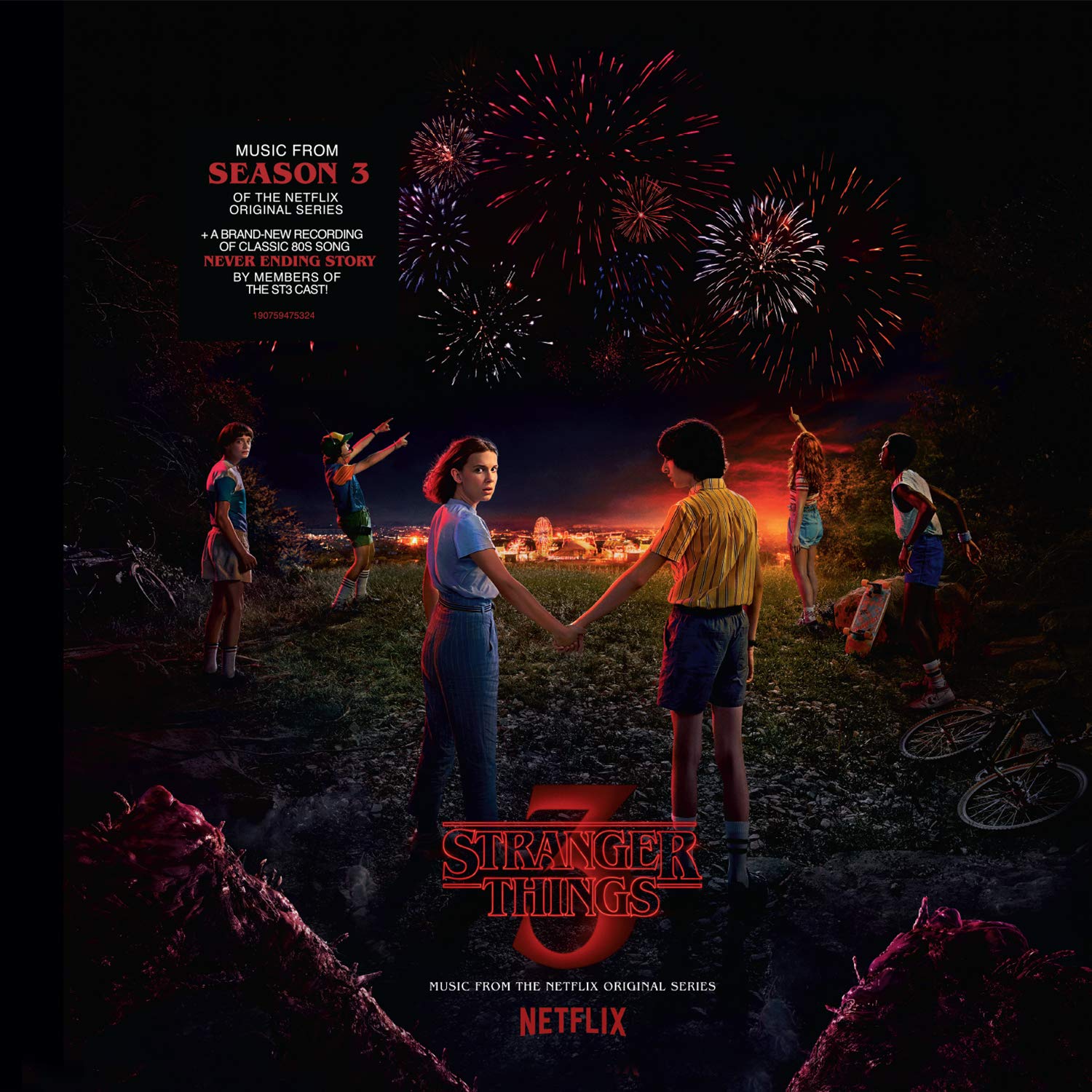 If you’ve been keeping up with associated Stranger Things releases, you already know its series season DVDs and Blu-rays have been packaged in VHS-mimicked boxes, that format (and Betamax) historically having changed how the world viewed and owned their favorite movies and TV series forever or at least until streaming. That also was the last decade for cassette tapes and vinyl being the prominent delivery systems of recorded music once CD’s digital format trounced its analog competition for many reasons including convenience and a presumed audiophile sound. Then along came boom boxes but that’s another discussion.

In addition to the usual CD and digital download delivery systems, the new musical companion (mainly a collection of ’80s classics) to the third season of Netflix’s popular sci-fi/horror/coming-of-age series Stranger Things exclusively bestows the FYE chain the release in the old cassette format. It’s kind of done as kitsch, much like the series videos’ VHS box packaging. Now, to date, that format hasn’t been aggressively reintroduced to the marketplace like its LP cousin, yet another format being used for Stranger Things 3: Music From The Netflix Original Series. The music industry’s resistance to revisiting cassettes is understandable considering that for the most part, they always sounded pretty questionable and most were listened to without unresolved dolby. But playing Devil’s Advocate, did you know cassettes can handle a much better analog dynamic range (EQ) than vinyl that has multiple limitations, especially as a phonograph’s needle progresses through an LP’s inner bands? Doesn’t matter though, right? You love your LPs, end of the cassette discussion. For now.

So you probably figured out this brief “cassette” discussion was a Trojan Horse for a look at those sacred cow LPs. The vinyl format has enjoyed a critical and financial resurgence since the 2000s, and it’s always been the preferred medium by younger or college music fans and critics, especially regarding releases by underground or indie and alternative acts. “Scratching” also revitalized LPs, 45s, etc., the older and scratchier the better. Some of the reasons given were “they sound more natural,” “they’re not as harsh as digital releases,” and the wildest explanation, “they sound better.” Really?

During my tenure at a certain major label, its sales department jumped on the vinyl bandwagon somewhat early on and reintroduced some of its catalog classics to the market. However, the mastering sources absolutely were digital. I protested, my pleading with the heads of various departments, including mine, to go back to the original master tapes or at least the LP cutting masters. I was ignored and the label’s initial batch was released, essentially, as bastardized vinyl “analog” versions of the digital CDs. I suspect the process hadn’t changed, at least for a while post my layoff (1 of 50 personnel), since it helped each release’s P&L (profit and loss analysis) to show profitability, mastering from digital sources.

Fast-forward more than a decade and we have LPs firmly re-established as the most popular music medium, sold everywhere from Barnes & Noble to anywhere music is sold. But considering the New York Times expose about hundreds of thousands of masters having burned in a certain giant music entity’s storage facility fire, one has to wonder what is being used as sources to master many of these “better sounding” vinyl releases. At least with this one music conglomerate, it seems that either a time machine is being employed to retrieve pre-2008 masters or, using Occam’s Razor, a digital file/CD or generations-down retrieved safety analog tape from a foreign country, etc. (I’ve heard the phrase “The Phoenix Project” used) has to be the source. An added tangent is that many artists only recorded digitally.

So if LPs are being made from digital sources, you don’t merely have a further sonically limited version of a CD (remember, vinyl’s physical limitations of delivery), you also have the joy of added “snap, crackle, pop.” Yes, one person’s “annoying” is another person’s “endearing.” Plus with the exception of The Beatles, Pink Floyd, and other guardians of their own master tapes (including many new acts), we pretty much have to trust that labels truly are using original analog tape masters or analog cutting masters for LPs, and some labels really do care enough about quality to re-source for a vinyl’s mastering. But others, methinks not so much, especially after a sweeping fire decimated so many original analog assets.

Sorry for commandeering Stranger Things 3 — which is a pretty great collection that includes songs such as The Pointer Sisters’ “Neutron Dance,” Madonna’s “Material Girl,” and Howard Jones’ “Things Can Only Get Better” — and its intentionally goofy cassette release as the jumping point for this discussion. Though I have no idea what kind of sourcing occurred for this collection’s mastering process, it does sound good and the Legacy gang are champs when it comes to their releases.

One last thought about LPs. So that a consumer knows for sure what they’re buying, shouldn’t labels include a phrase like “mastered from analog sources” or “mastered from digital sources” on the outer packaging of their LPs? I don’t think it’s something labels should fear since audiophile sonics don’t seem to matter to the majority anymore, but for those who believe their newly purchased album has been properly handled in an analog way all the way through the chain of production, this would be the equivalent of a proper “ingredients list.” Sure, the consumer is getting enlarged artwork, a multi-colored, tactile manipulatable product with tons o’ fun in that department, and the old 180-gram vinyl approach also has been revived successfully. But digital is digital and analog is analog, and it would be great for a music connoisseur to know for sure if his or her new “better sounding” LP even potentially is. Now, about cassettes…