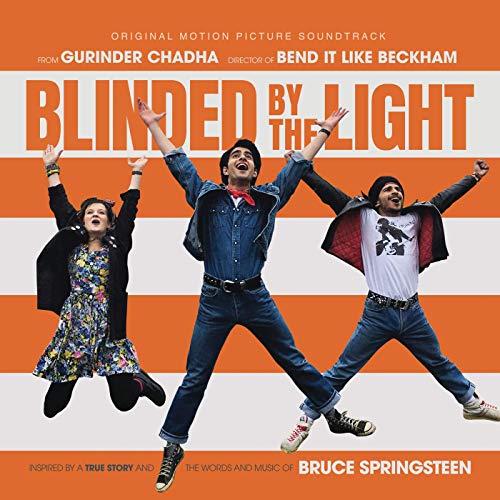 In the same approach as the massively popular, Beatles-inspired Yesterday comes a movie inspired by the music of Bruce Springsteen, Blinded By The Light, guided by Bend It Like Beckham director Gurinder Chadha. The film received critical acclaim when released at Sundance and will be released in theaters on August 14.

Its accompanying soundtrack features twelve classic Springsteen recordings and live concert rarities featuring previously unreleased versions of “The River” from No Nukes and “The Promised Land” from the Concert For Valor. It also will include the first studio release of the Springsteen song “I’ll Stand By You,” dialog from the movie, plus “For You My Love,” a new original from Academy Award and Grammy Award winner, composer A.R. Rahman. The soundtrack will be released ahead of the film on August 9.

The movie Blinded By The Light is loosely based on author Sarfraz Mazoor’s Greetings From Bury Park: Race, Religion And Rock N’ Roll. Like Yesterday, it’s another music artist-themed movie based in England, Blinded… being a period piece with events occurring in 1987. It focuses on a British teen of Pakistani descent, Javed (Viveik Kalra), who finds solace and truth in Bruce Springsteen’s songs, being inspired to become a writer in a working class world filled with the economic and racial tensions of the time.

“The Boss Of Us All” (dialogue)

Dancing In The Dark – Bruce Springsteen

“You Should Be Listening To Our Music” (dialogue)

“I Never Knew Music Could Be Like This” (dialogue)

Prove It All Night – Bruce Springsteen

Because The Night – Bruce Springsteen

Blinded By The Light – Bruce Springsteen

*For You My Love – A.R. Rahman (new original song for film)

* previously unavailable on an album