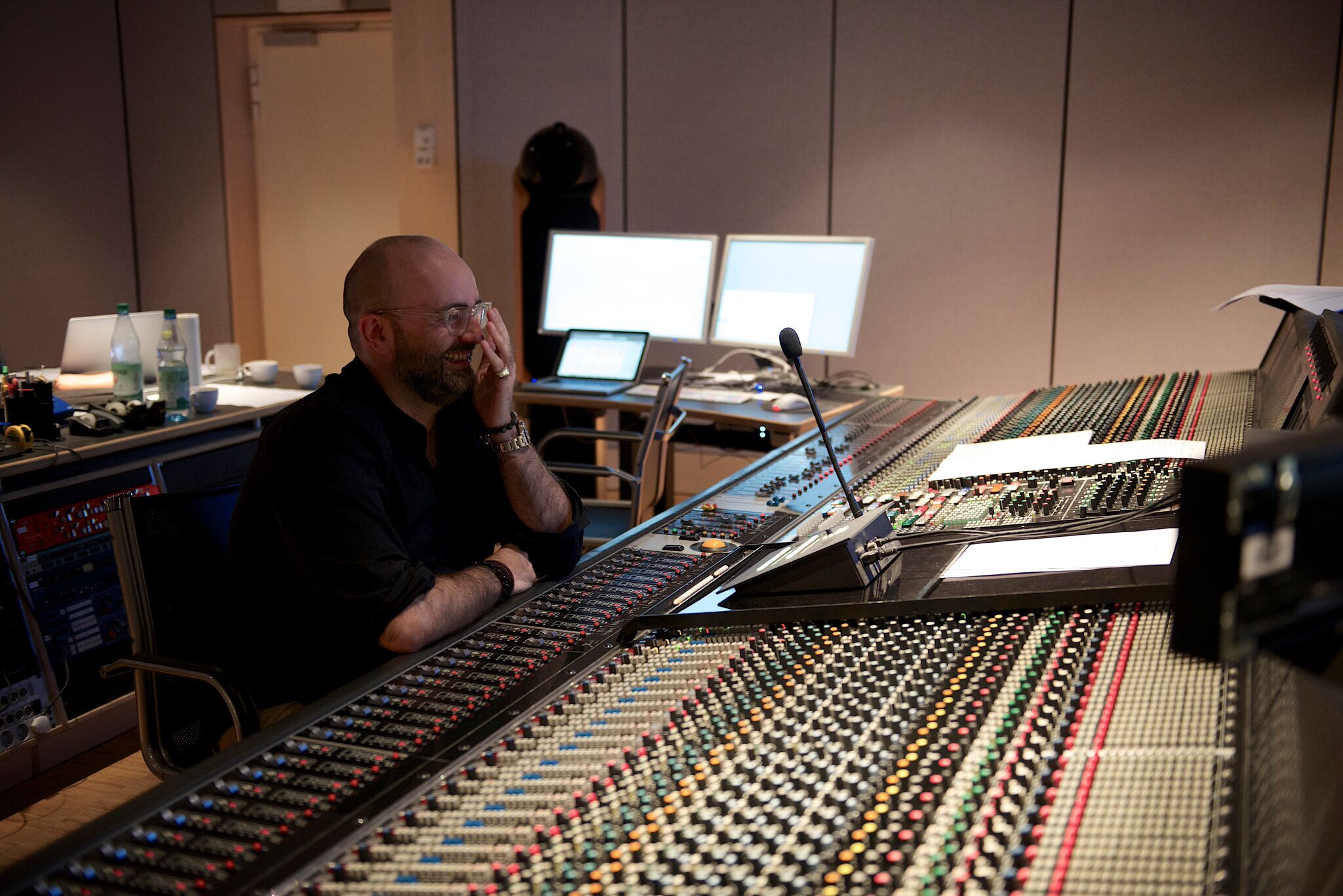 Mike Ragogna: Alex, you’re on quite the creative run having scored, produced, arranged or written songs for animated projects such as Home Adventures With Tip & Oh, Trolls: The Beat Goes On, and also the new Woody Woodpecker. First of all, what’s your personal history with animation and what were some of your favorite animated movies or TV series’ growing up?

Alex Geringas: I began writing animation music in Germany but it really started in 2015 after I had relocated to Los Angeles when i got my first job with Dreamworks writing a theme for All Hail King Julien! My theme received an Emmy nomination along with my pal Will Fuller. That led to the score for Home: Adventures with Tip and Oh, and the theme for Voltron: Legendary Defender that then led to Trolls The Beat Goes On.

MR: What are your feelings about anime?

AG: I have had the honor to work with passionate filmmakers, directors and producers behind every style from anime TV shows to big live-action features. I love scoring for projects with great stories whether anime or live action!

MR: You’ve been nominated for an Annie Award for the song “Ooga Boo” that was sung by Cher and appeared in Home Adventures With Tip & Oh. What’s the story behind the song’s creation and how did someone get Cher on board for the music and her animated character Chercophonie? By the way, did you meet her and what was that like?

AG: I think my executive producer Ryan Crego came up with the idea to ask her. Cher was a blast to work with. When she was done with her voiceover and everyone was happy, she wanted to redo her lines just out of the feeling she could top her own performance. This is what separates a superstar from a “regular” performer. A funny side story is that I usually have younger singers who sing the demos for the artists before the actual artists sing it. In this case, I didn’t wanted the real Cher to hear a bad Cher impersonator, so I decided to sing the demo myself and I didn’t even try to copy her style so she could feel and execute her own phrasing. This is what she did to perfection.

MR: The film Woody Woodpecker will feature your original “Troublemaker,” which is sung by Blaze N Vill. Did any of Woody’s antics in particular inspire the song and did you ever watch the classic Woody Woodpecker cartoons while growing up?

AG: I was raised in Germany where Woody Woodpecker cartoons were always a big part of my childhood. When Alex Zamm, the director asked me to be a part of it, I felt so honored. We tried to implement Woody’s history in every song we did for this movie. I think “Troublemaker” describes his character very well and also “Everybody thinks I’m crazy,” which is a cover of the 1941 original which we blew up with a rap.  It  was a lot of fun to work on. A very special thing on this movie was to re-arrange the theme and bring it into 2018.

MR: Some acknowledgements of your talents have been being nominated for Grammys, winning two of Germany’s Echo Awards and their Bambi. You wrote songs sung by Kelly Clarkson and have songs in movies with Melissa McCarthy as well as Robert De Niro and Uma Thurman. What are some of your favorite covers of your material?

AG: I’m thrilled that there are many covers of my work but my favorite cover is probably the a cappella cover of my Voltron : Legendary Defender song  https://www.youtube.com/watch?v=W_yr9KvldZY and possibly any cover of my Kelly Clarkson Song “Dark Side”!

MR: Can you give us a catch-up on more of your favorite life’s musical highlights to this point?

AG: It’s always a huge highlight working with big stars like with Jessie J for Ice Age 5 or with Cher for Home. Basically every production when an orchestra comes in and plays the mockup you invented in your studio (like for the “Lego Ninjago” movie or for “Pitch Perfect 3” where I contributed additional music), and brings it to life is such a huge moment. I don’t remember one orchestra session where I didn’t tear up. [laughs]

MR: Sweet. Alex, what inspires you creatively? How do you create?

AG: I am inspired by a lot of current film composers like Desplat, Williams, Powell, Zimmer, Johannson (RIP), and I am listening and learning from their work regularly and trying to find my own Identity in-between these geniuses. My process is that I try to see myself more as a filmmaker than a composer helping the director and the producers to fulfill their vision of their movie or series. Having said that, I always start with the story. I am watching the picture a couple of times so i have an overlook what happens, how the characters develop and what i can add what the story possibly doesn’t have yet.

MR: This is a weird question but considering today’s political climate and that you originally were from Russia, what are your thoughts on our current relationship with that country?

AG: Born in Russia, raised in Germany and about to become an American citizen. I must say that the political trend in all of these countries is so right wing and terrifying right now that we don’t have any other chance than to put our feelings and knowledge even more in our arts and give the people what they need the most right now : Hope.

MR: What other projects have you started working on that you can tell us about?

MR: So what advice do you have for new artists?

AG: Involve yourself 200% in the process, learn how to deliver from mockup to orchestra session, communicate with the filmmakers and music supervisors, show everyone who you are and work your b.. off 24/7!

MR: What other kinds of projects would you like to get to creatively, like Broadway musicals or, I don’t know…photography?

AG: I personally adore big epic superhero action movies. I’d love to score them all. And the next Bond. Oh my God, I need to work harder! I have been working on a musical since 2014 for the German market Knockin’ On Heavens Door, which will have its opening 2019. A broadway show would be another big dream, yes.

MR: Is there anything we should know about Alex Geringas that you want everyone to know? Perhaps your favorite color or animal or…?

AG: One of the best and inspiring things I ever experienced was meeting Hans Zimmer in his studio and chat with him for a while. I’d love to meet him again.