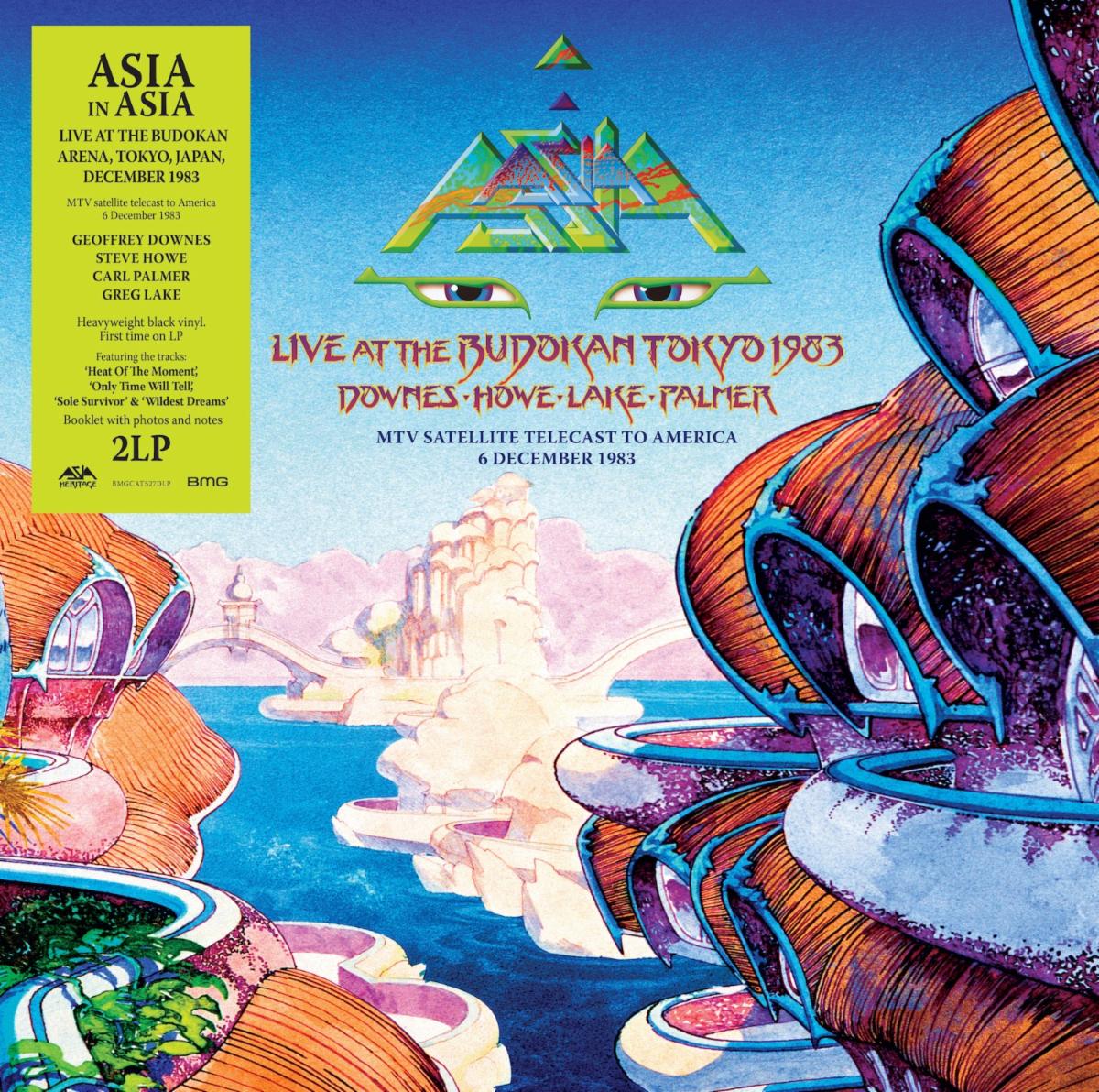 Founding member Carl Palmer says, “I am so thrilled that ASIA has finally been able to return to performing after three years off the road due to the  pandemic. We have much to celebrate.” “ASIA has been through a lot during these last four decades,” adds Geoff Downes, “but the music has always endured. The fans have never left us, nor we them.  This tour will be historic.”

According to Pilato Entertainment Marketing & Media, in addition to its 40th Anniversary, the band will be promoting the release of ASIA in Asia–Live at the Budokan, Tokyo, 1983, as well as a deluxe box set featuring 2LPs, 2CDs, a 40-page 12″ book, a Blu-ray video, memorabilia, and more. It will be released through BMG Records and additionally available as a gatefold 2-LP set, a single CD, and digital format.

SOME ASIA BACKSTORY (from press release)…

ASIA began as a rock “supergroup” featuring Wetton, Palmer, Downes and Howe who had already amassed tens of millions in sales with their collective bands of the ’70s. Leaving behind their progressive roots, ASIA embraced the commercial FM rock sound that dominated US airwaves and took the was a superhit on MTV.  The single “Heat Of The Moment” was a worldwide monster smash while the band’s debut album spent 9 weeks at No. 1 on the Billboard charts and was the biggest selling LP of 1982.